In 2020, Peugeot is celebrating the brand’s 210th anniversary. From coffee grinders to the future of mobility, Peugeot has positioned itself as a visionary of French industry. Peugeot Motocycles, its two-wheeler business unit, is the result of this heritage, a symbol of excellence in know-how, with an avant-garde spirit and 100% French DNA. 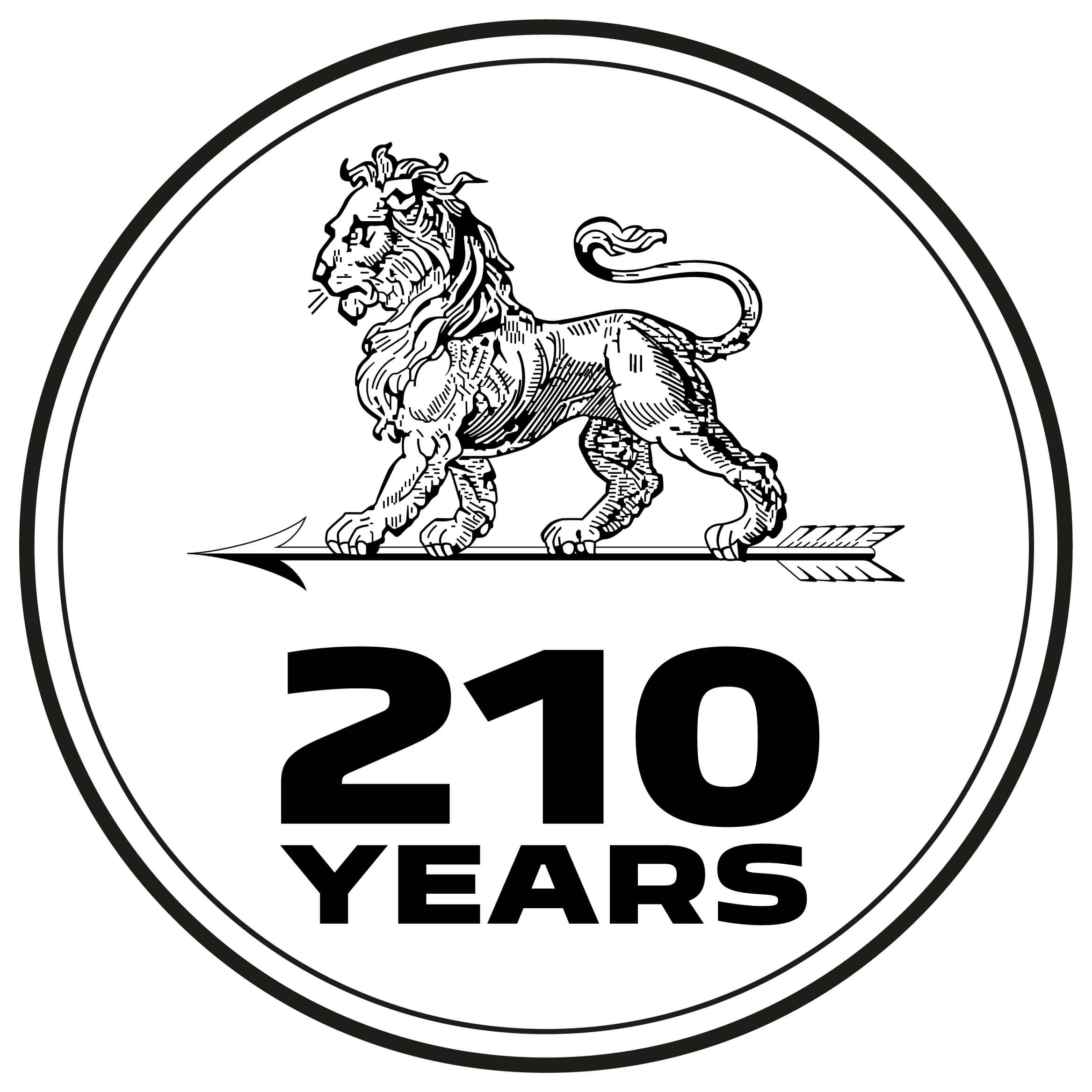 From steel to mobility, a bold change of direction

It all started in 1810. Jean-Frédéric and Jean-Pierre II Peugeot start their business at Hérimoncourt, in the Doubs region, where they transform the family mill into a workshop for metals. Initially, their company specialises in metallurgy, manufacturing a variety of tools, coffee grinders, struts for umbrellas… and fashion accessories, like the crinoline frames for dresses.

In the 1870s, Armand Peugeot, the grandson of Jean-Pierre II, starts to move the family firm towards the mobility business. Having spent several years studying in Leeds, in the United Kingdom, he realises the true scale of the Industrial Revolution underway on the other side of the Channel. He sizes up the potential for such a business – starting out with bicycles – in the knowledge that the company would be able to react quickly and meet this demand. He therefore begins to develop the first vehicles – bicycles, tricycles, quadricycles and scooters – in the family’s factory at Beaulieu (today, Mandeure), which would later also design cars. 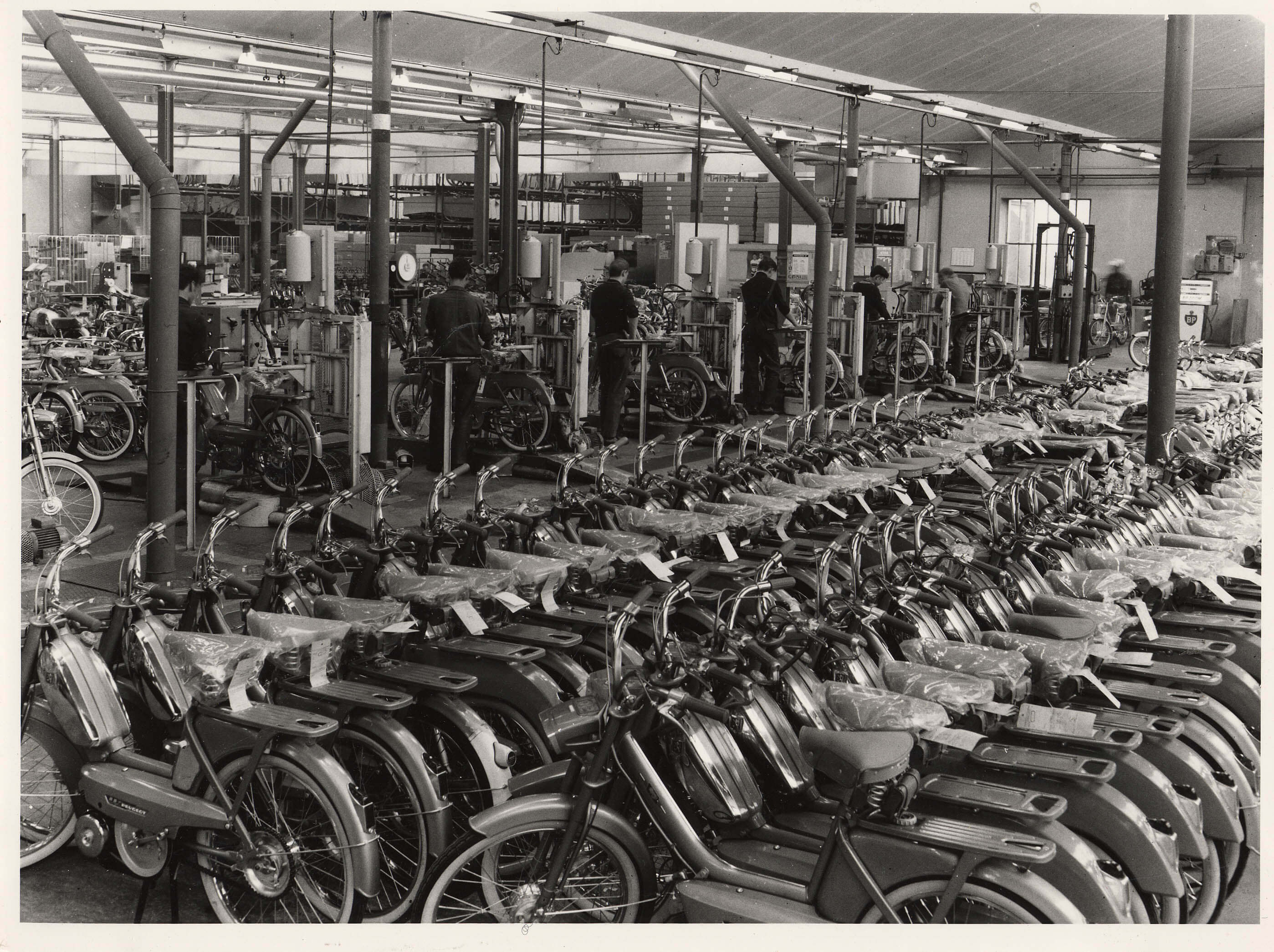 This activity would go on to make the family’s name. The transition to mobility began with the bicycle, but the brand very quickly positions itself in the segment for motorised two-wheelers and then, of course, in the car market. In terms of two-wheelers, the first major step is taken in 1898 when the companies decided to equip a bicycle for the first time with a petrol motor. This key invention explains why Peugeot is described as the ‘oldest brand for motorised two-wheelers that’s still in business’!

A pioneer in innovation: from the plastic chassis to the all-electric scooter

As the years pass, the innovations coming out of ‘Automobiles & Cycles Peugeot’ and later ‘Peugeot Motocycles’ make a real impact on the world of two-wheelers, taking it to the next level. The first manufacturer in Europe to adopt a plastic chassis and a modern structure for a scooter (1982), it also pioneers the mass-production of electric scooters by unveiling Scoot’Elec (1996), 24 years before the announcement of an electric version of the classic Ludix. Another turning point follows in 2003, when the brand becomes the first in the world to provide ABS brakes for a 125cc scooter in series production. In 2013, the brand’s first three-wheel scooter takes its place in the product range: Peugeot Metropolis. Lastly, Peugeot Pulsion is launched in 2019, creating a new market segment – an urban GT that’s compact and connected.

Peugeot Motocycles: designing the mobility of the future

In 2020, Peugeot Motocycles continues to embrace the history and heritage of Armand Peugeot. Still located at Mandeure in the Doubs region, where the cars were produced until 1924, the factory now manufactures the brand’s premium scooters, Peugeot Pulsion et Peugeot Metropolis. Their key strength lies in having engines that are designed in-house, a modern design that is also consistent with the brand’s cars, and top-of-the-range connectivity in the form of i-Connect. Innovations like these are maintaining the visionary spirit of the brand and its founder, from one year to the next.

The launch of the e-Ludix in June, and the powerful Peugeot Metropolis in September, represent two further steps in the history of the brand, underlining the way it views mobility: as being accessible, benefiting everyone, being powerful and also connected – all at the same time. Together, they reflect a type of mobility that is helping to invent the city of tomorrow.

Celebrating the 210th anniversary of the Peugeot brand

To celebrate this special anniversary, Peugeot Motocycles has started a very special communication plan. On the brand’s social networks for example, fans are given the opportunity to vote for the most iconic motorised 2-wheeler among a selection of Peugeot Motocycles products. Follow the @PeugeotMotocycles accounts and take part in this unique activation! And connect to https://www.peugeot-motocycles.fr/ for the latest news.

Local initiatives have also emerged around this 210th anniversary, spontaneously created by Peugeot Motocycles fans around the world. For instance, the Japanese importer of the Lion’s brand 2-wheelers has created a very exclusive & limited series « Django 210 ». It’s a tribute to the brand and to the iconic model that Django has become in Asia, illustrating once more the customization potential of this neo-retro scooter. But only people in Japan can get a chance to ride on this collector Peugeot Django! 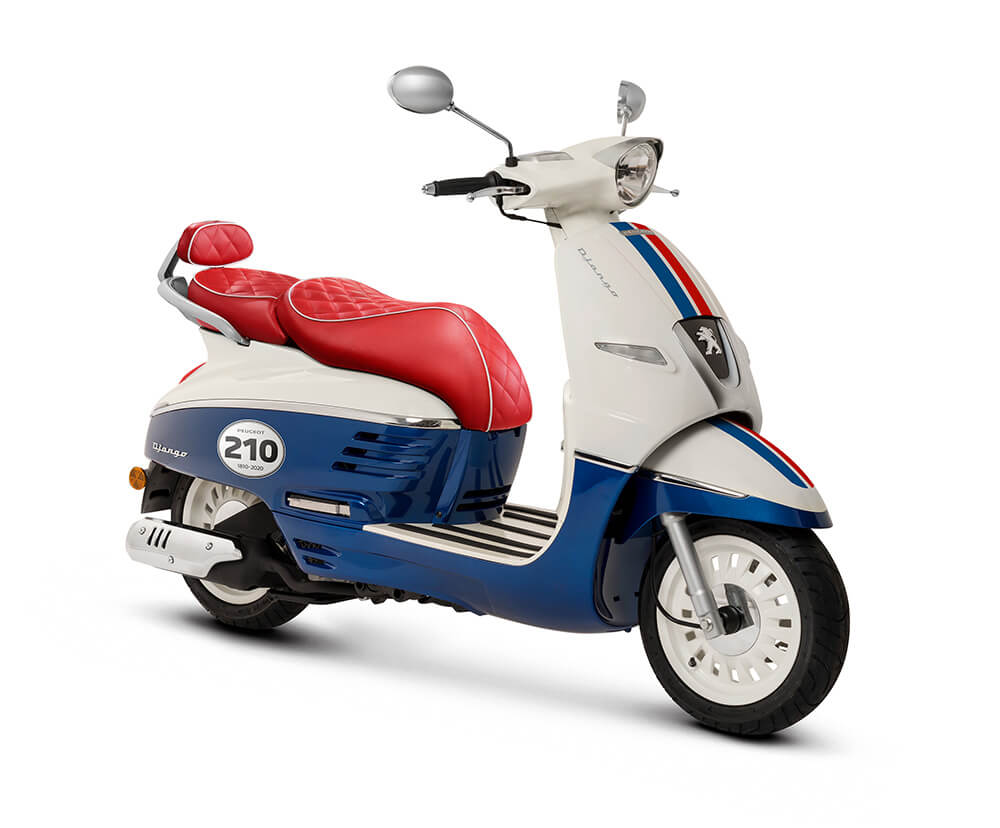